New research presents startling evidence critical for education as well as a number of other fields including philanthropy, government, business, and health care. While the report authors admit the results are suggestive, not definitive, the implications are undeniably massive. They found there’s a big difference between what the general public believes “being accountable” means vs. what leaders believe it means. This is significant, especially in education, given the current ongoing drive to assess every child (and every teacher), using multiple measures of assessment in order to broaden beyond summative assessments and high-stakes accountability.

Perhaps no other field has produced more performance data and so little confidence over the last two decades. Education needs to seriously re-think what accountability really means to parents, communities and children.

This research report summarizes in-depth qualitative research and details how the general public needs more than just “the numbers.” The report states that “while many leaders hope and expect that the accountability systems they are developing and institutionalizing will address Americans’ frustrations and lack of confidence. Based on the research summarized here, that is not likely to be the case.”

“Many are dubious about whether test scores are the best measures of teacher effectiveness (or student learning for that matter). Most say the chief problem in America high schools is poor student behavior and lack of motivation, a problem that teachers can’t solve alone and that has not received much attention in current accountability discussions.”

‘We the people’ ultimately need genuine two-way communication and relationships that build trust. Not just between the schools and the parents of today’s students, but between schools and everyday citizens. “Now, more than ever, leaders need to reach for the strategy of engaging members of the public in genuine dialogue. In a dialogue, the goal is not to convince the public of pre-selected ‘solutions.’ Rather it is to share the concerns of both public and leaders, recognizing that each has knowledge and expertise that can be brought to bear on the problem. In a dialogue, the goal is to spend as much time listening as talking.”

The report, “Don’t Count Us Out: How an Overreliance on Accountability Could Undermine the Public’s Confidence in Schools, Business, Government and More” is available from the Kettering Foundation. While this report “describes a potentially corrosive gap between the way leaders in government, business, education, health care, and other sectors define accountability and the way typical Americans think about it,” what do you think about it? 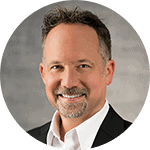